Here are some more pictures taken by Professor Grandpapa.

I would have posted more of them initially, but I didn’t know anyone else would be interested. I’m glad I’m not the only one who’s fascinated by this stuff. I especially like the second and third from the top (the detail on the one guy’s tweed jacket and the wood grain…man oh man…), and the seventh shot. Those pickles sure look good. The sixth picture didn’t quite develop properly, but I think it’s kind of neat in its own way.

Some of these are in better shape than others, as you can see. I highly recommend clicking on the pictures to make ’em bigger. 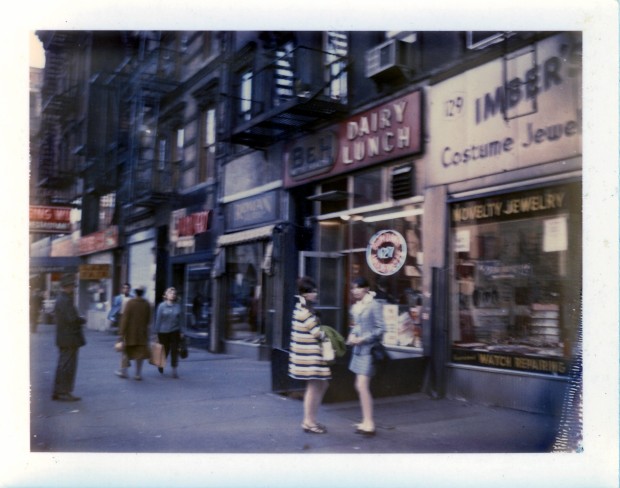 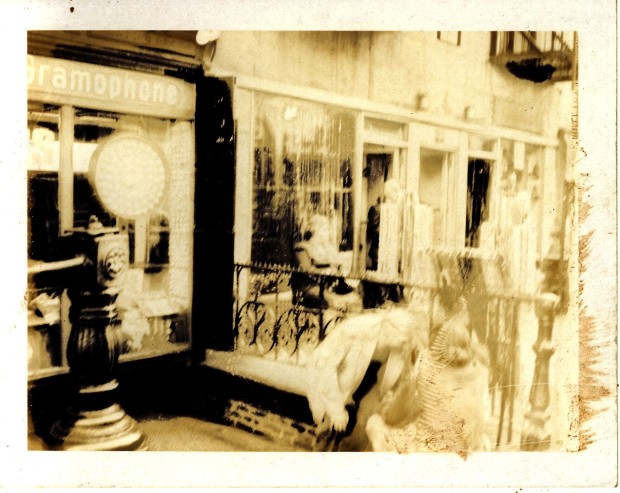 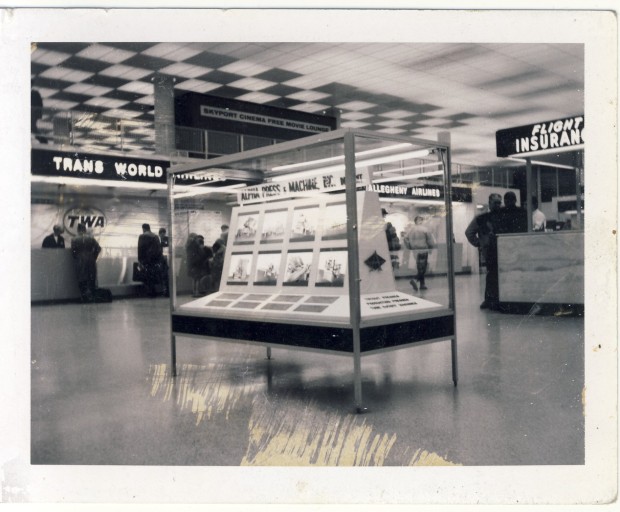 Here are a few interior shots of the family business, though it was much larger than the impression given here. This is just one small area where some sample fabrics are set up. 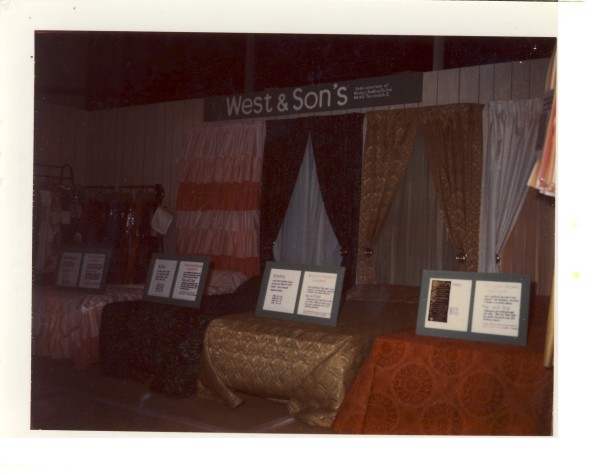 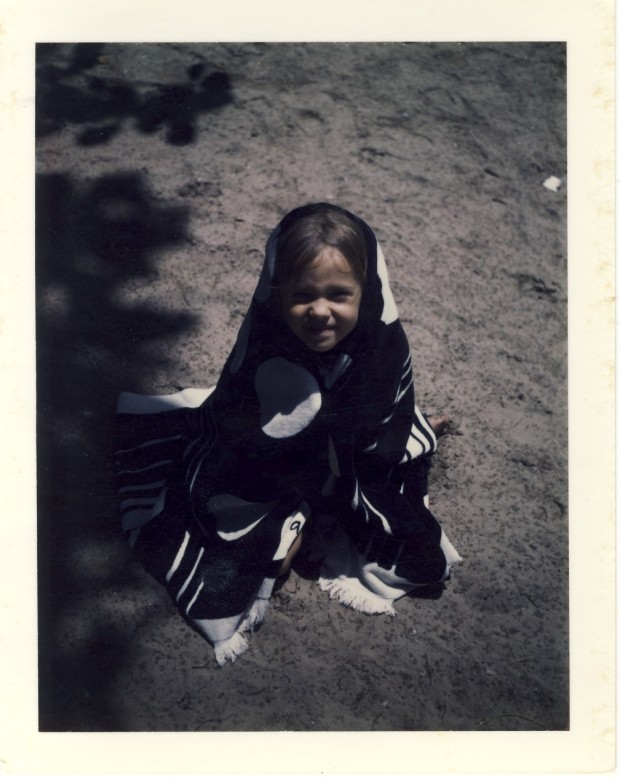 Written on the back of this one is, “Jo Anne, Margaurette, and Sonia, Walpole Island, 1968.”

These ones were taken in Toronto. 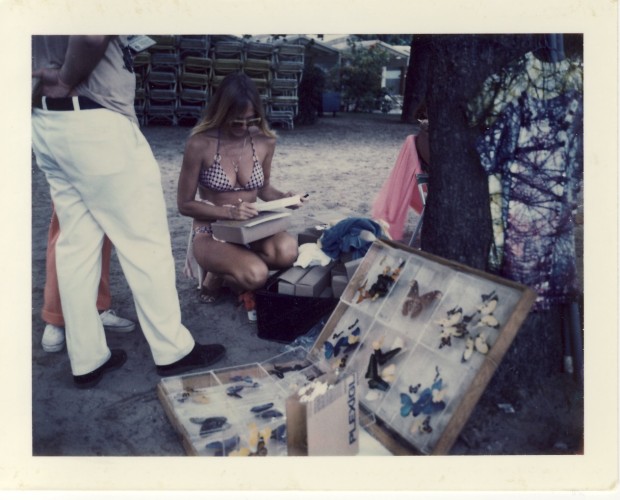 And now, what you’ve all been waiting for: Little Johnny. 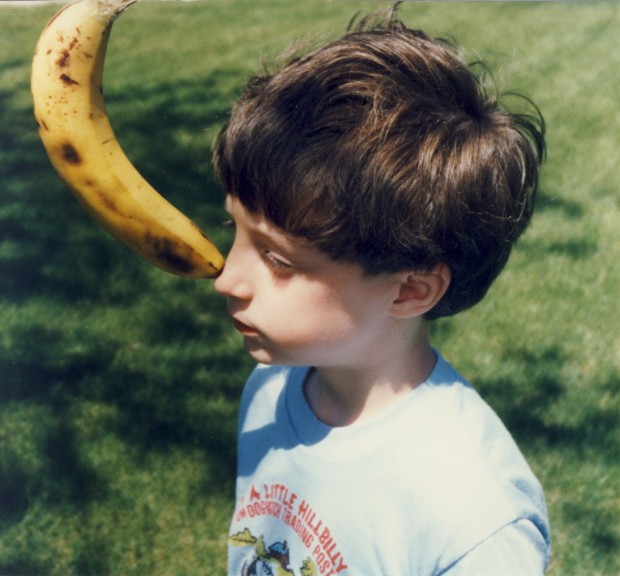 Holy shit! How did I do that?! Well, hold on just a second and all will be revealed. 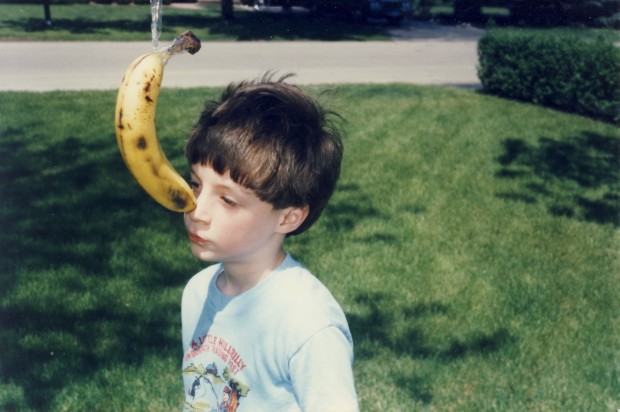 How disappointing. The game was rigged from the start.

“I’ll show you, trick banana. You’ll rue the day you met me. Someday your loins will cry for release, and I’ll be there to deny you that which you need so desperately.”

Now, this is something that’s long mystified me. I never thought I would get to see evidence of it. I’m told by those who were there at the time that when I was a little guy, I used to bang on things. Whatever was at hand — a coffee table, a refrigerator, a wall — would become a makeshift drum, and I would tap out a beat. Only, apparently it wasn’t just formless noise. There was a discernible rhythm there, and it was surprisingly intricate. Things would go through changes of intensity and speed. I guess I must have been hearing music in my head long before I could even form any memories of it.

I do have a lot of memories from a little later on in my childhood: getting in trouble in kindergarten for humming in class; my mother telling me not to sing at the breakfast table, and me responding by chewing my cereal in rhythm to the music that was in my head; banging on various pencil boxes with pencils and pens while searching for a great makeshift snare drum sound (one pen was especially nice, with a sound almost like a tambourine being struck in unison with the drum…it was like the Phil Spector sound of pencil box/pen combinations…sadly, one day it exploded from my excessive use of it as a drumstick); riding my bike up at the trailer in Ipperwash and singing these epic songs that were like symphonies with all the different instrumental parts swirling around in my head, and then forgetting the vivid ten minute adventures as soon as they were over. I wouldn’t have been able to translate any of it into something coherent on an instrument back then anyway.

I was going through all these pictures I wanted to scan when I found this one. 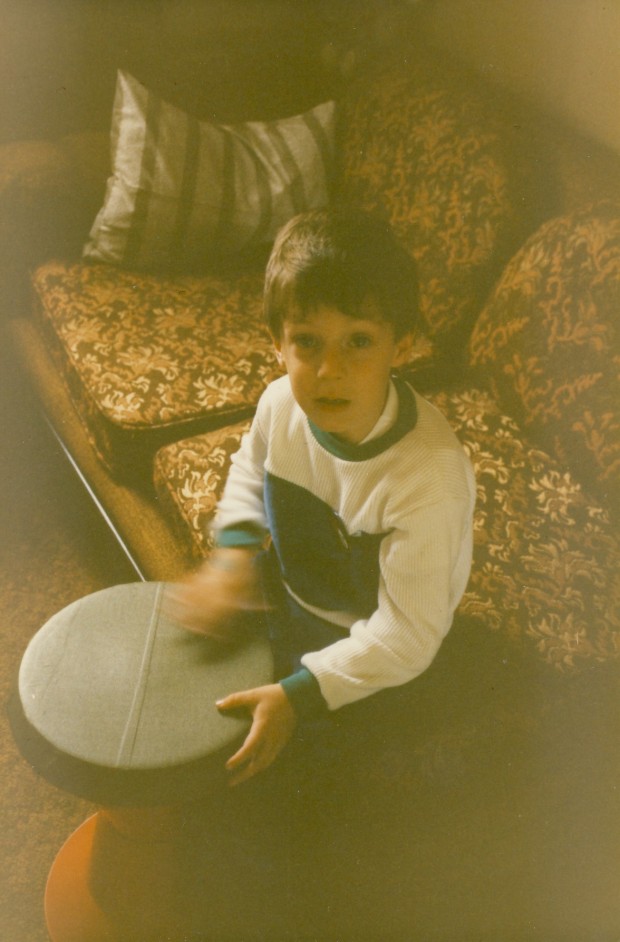 What you have here is me in the middle of some pretty intense one-handed drumming. Judging by the expression on my face, I’m thinking the sound of the camera taking my picture caught me off guard and snapped me out of my musical trance for a moment. I never doubted that the stories about my drumming adventures were true, but I always wondered what it might have been like to see it happen. Now I at least have a still image to give me a bit of an idea.

There are many more pictures well worth scanning, but I could spend weeks transferring them all into digital form and posting them here, and then you wouldn’t get to read my endlessly exciting and fascinating posts about recording and writing songs anymore because I would just post pictures all the time. As tempting as it is to go completely scanner-mad, I need to keep a healthy balance between scanning images like a madman and recording like a madman. Nothing in moderation.

Perry Farrell would be very disappointed in me.