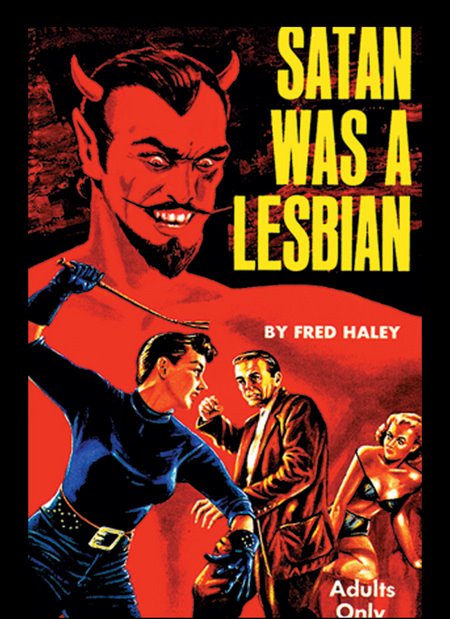 I used to love the summer months when I was a kid. Having a huge in-ground swimming pool for a good six years or so didn’t hurt. I don’t know if the summers keep getting hotter or if I’ve just become a complete curmudgeon, but the absurd humid spell we got for a few days this week almost had me wishing the whole summer season ceased to exist and we just got something called “sprawl” between spring and fall. I hate the heat with a passion that has no loins.

I probably wouldn’t feel this way if the ass-face who leases us this house hadn’t lied about the central air working on all floors. We were left to discover after we moved in and signed the lease that there’s no air circulation upstairs at all due to shitty ducting. According to him, the people who lived here before us didn’t complain about choking on their own sweat for three months out of every year, so he didn’t see a need to tell us about it.

For the past few summers a window air conditioner in the room across from my bedroom has done a decent enough job of keeping things tolerable, but in this heat it just isn’t cutting it anymore. I’ve got no less than three fans going up there in different places in addition to the air conditioner, and it still feels like my bedroom is a furnace’s anal cavity on those days when it’s a sauna outside. I can’t even start cleaning my room without sweating like a pig within about thirty seconds. I suspect it wouldn’t be much better even if I cleaned my room naked, though the novelty would make it a bit more interesting.

Maybe someday landlords will stop lying and we’ll all hold hands and sing songs about celery sticks while working central air cools our naked bodies. Until then, here’s hoping a more powerful air conditioner will do the trick.

In other news, work on MY HELLHOUND CROOKED HEART continues to move along at a healthy clip. I’m now about two-thirds of the way to the finish line, and I think my goal to have it finished by the end of the month might just be realistic. It might not actually appear until the first days of August, since duplicating the CDs, getting the inserts made, and putting the packaging together will take a little while, but I think I can probably get it finished and sequenced just before this month is over.

I wasn’t expecting HELLHOUND to turn into a double CD, but I’ve already got more than enough material recorded and mixed to fill one CD to the breaking point and it feels like there’s still a lot more to say. So I’m going to keep recording until that little purple guy who sits on my shoulder tells me, “That’s enough now. I have no son!”

That’s right. Some people have a parrot on their shoulder, but not me. I have an Elliott on my shoulder. a

As for THE ANGLE OF BEST DISTANCE being finished sometime in August, I’m not sure I can pull it off. But I can probably put a good dent in it. Hopefully at the latest it’ll get out there before the summer is gone.

I guess we’ll see how far along I am when the next end-of-the-month video progress report comes along.

I still feel like the songs that will be showing up on HELLHOUND could be some of the best I’ve written in a while. The other day I took a stab at one I’ve been itching to record called “Everyone You Love Is Dead”. I don’t want to say too much about it, but I’m pretty happy with the way it turned out, and it’s much more lyric-driven than my music tends to be lately. There’s nothing vague or fragmented about it, and much like “The Cost of Allowing Yourself to Remain Living”, it doesn’t sound like the sort of thing I would normally write. It didn’t come out of any desire to do anything different. It just came pouring out, as things tend to do. Who knew I would one day write a song about the mystery of what happens after we die and there wouldn’t be anything the least bit silly about it?

I have cover art all ready to go for the next few albums, thanks again to the accidental discovery that I can sort of draw stuff using the same program responsible for designing and printing CDs. I was positive I’d settled on what to use for the cover of HELLHOUND, but I thought I would play around with another image to maybe put on the back of the booklet just for fun. Now i don’t know which one I like better, and I think they would both work as a front cover.

My initial idea was this. 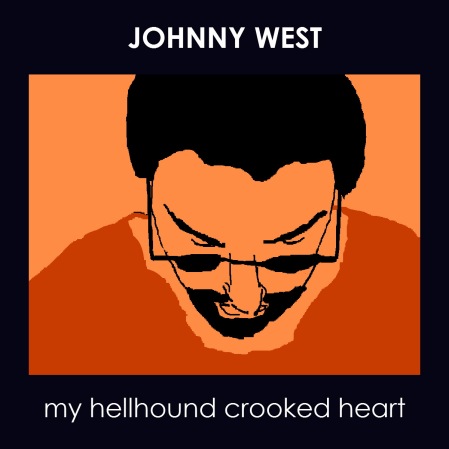 And my second idea was this.

The second one is more colourful and busy, while the first one is cleaner. I think the first image still has a bit of an edge (it just looks like a good album cover to me), but I really don’t know. I like both of them. The second one almost looks like it would be more suited to an advertisement, if I ever did that sort of thing. Like so.

Don’t think I fail to see the irony here — both HELLHOUND and ANGLE will probably feature my hairy face prominently displayed on the cover, when not long ago I said I would never let my face appear on the cover of another one of my CDs as long as i lived. What can I say? I changed my mind. And it seems fitting to me that I should be there when both of these albums are pretty big musical statements. And by big, I mean long. And when I say albums, I’m really talking about my pe…uh, never mind.

The invisible reissue campaign continues to move along. A few days from now I will have fifteen different albums from the back catalogue staring with bewilderment at their new clothes. I’m still getting a kick out of doing this, and some of the CDs are coming out looking better than I anticipated. Some of the cover art cracks me up, too. CHILDREN HAVE NO EYES has a pretty insane cover for an album that’s decidedly not so weird.

I’m already throwing around ideas for the July video progress report even though I won’t be putting it together for a few weeks. I think making a video like that at the end of every month to keep track of what I’ve been up to and where I’m at is one of the best ideas I’ve had in a long time. The next video will be a lot more ambitious and should feature a few new additions to the puppet/stuffed animal roster.

On a random note, even though I’m not posting something here every other day like I was for a while there, sometimes I feel like one of the only people who still keeps their blog/site updated regularly. I mean, in more than two years now, I think the longest I’ve ever gone without an update of some sort is maybe a few weeks, and that’s been pretty rare. Kind of funny that I started this thing mostly as a lark, not expecting to do much of anything with it, and now it’s this huge collection you see before you of music, images, videos, and rambling. I guess it’s fitting then, if not a little insane, that I now find myself working on a double CD and a quadruple CD at the same time.

Hopefully nothing explodes along the way.