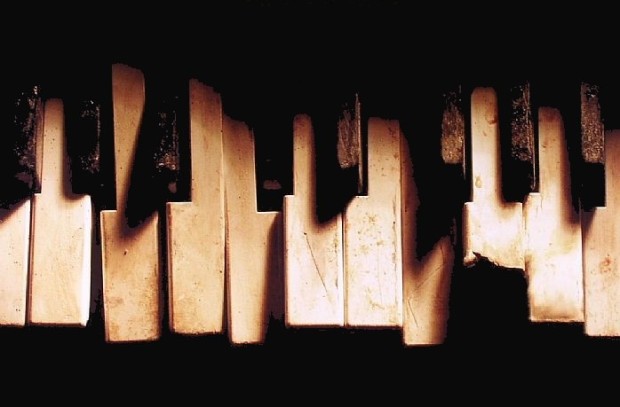 Just when I thought I finally had a pretty solid sequence worked out for the first disc of this album I’m working on, I found myself writing and recording something that was almost a melodic punk song by my standards.

Now everything has shifted yet again, because this song has to be the very first thing on the album. It’s too ridiculously catchy, and the lyrics work against the catchiness every step of the way, urinating all over what such a poppy song is supposed to be. That’s a win on all fronts for me.

While it’s taken a lot longer than I thought it would, I expect to have a rough assembly of that first disc prepared pretty soon. If it works, it’ll be much smoother sailing from here on out.

Other than that, there isn’t much to report. I’ve been scanning a whole lot of things, adding relevant lyrics and notes to more album pages. In the process of doing this, I’ve been realizing just how many things I’ve written over the years that have gone unrecorded. I mean, I knew there was a lot of stuff there…but the reality of it is a little frightening.

If I ever lost the ability to write new material, I could spend years just working through piles of that stuff. Almost none of it was neglected for reasons that had anything to do with quality or my fondness for the material. There are entire albums I conceived on paper, with every song written and ready to go, only to push them aside because the improvisational way of working was too exciting to bother with recording premeditated material.

By the time I finally started recording some of the things I was writing instead of hitting the record button and winging it all the time, there was so much music coming out I had no time to double back and take care of unfinished business. Even when I get THE ANGLE OF BEST DISTANCE finished, at best I’ll have only put a small dent in all the things that have piled up over the past little while, without touching anything that was written before 2006 or so. And then it’ll be on to the next thing.

I’m not bragging here. If anything, I’m trying to understand how I could have written such an insane amount of music over the years in addition to all the songs I was improvising and recording at the same time, and how it could have continued for so long unabated. There was a brief period around early/mid 2001 when I hit a bit of a fallow patch and wasn’t really satisfied with anything I was writing, but aside from that the inspiration has been pretty much constant for about the past seventeen years.

There is no conceivable way I can ever live long enough to give every song and idea its due. Maybe, if I’m lucky and scientific advancements somehow lead to the possibility of more hours in a day, I can get a third of the way there. Maybe.

I guess the adventure is getting out what I can while I can. Today it was a caustic song written about a shitty friend and a little acoustic thing that sounds a bit like i was trying to channel Elliott Smith. What comes out tomorrow or the next day is a mystery.