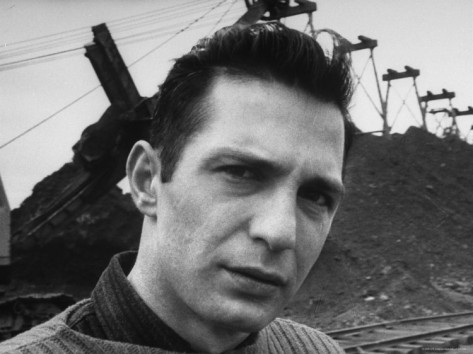 I just found out Ben Gazzara died. That ain’t right. Too many talented people are disappearing.

Ben had a very long and varied career in film, theater, and television, spanning more than fifty years. In the 1990s alone he acted in almost forty films. He was one of the great character actors, turning up in small but essential roles in movies like The Big Lebowski, Buffalo ’66, and The Spanish Prisoner.

He was also a great leading man. He could play the villain or the protagonist with equal aplomb. He’s probably best known to the casual cinephile for his scenery-chewing turn as satanic bad guy Brad Wesley Road House. I’m pretty sure there’s a picture of that movie beneath the phrase “guilty pleasure” in the Universal Glossary of Phrases.

For me, Ben is synonymous with the fearless films of John Cassavetes, which were as far away from Road House and Hollywood conventions as you can get without abandoning narrative altogether. He had a leading role in Husbands and more of a supporting role in Opening Night. While those are both up there in the pantheon of the best work either man ever did, for my money the definitive Ben Gazzara performance is in The Killing of a Chinese Bookie, one of the least-loved and most misunderstood Cassavates films.

Ben is the axis that whole movie spins around. His character, Cosmo Vitelli, is somehow classy and sleazy at the same time. He runs a strip club but considers himself an artist, writing all the performances and trying to keep his dream alive in the face of massive debt and interference from odious criminals.

Gazzara hated the character he was playing. He wasn’t able to make an emotional investment in the film until Cassavetes explained with tears in his eyes that the whole thing was an allegory for their lives. Cosmo and the strippers were the director and his actors. The gangsters were Hollywood business people who cared only about money, perverting and destroying art, stomping on the dreams of the artists without a second thought.

That’s some pretty heavy shit for a movie that, on the surface, seems to just be a story about a small-time club owner trying to find a way to erase his debt so he doesn’t lose the one thing he cares about.

The acts that take place in the club are not simple stripping sessions. They’re more like a bizarre sort of performance art. They’re hypnotic in their awfulness, and they’re meant to be. Cosmo is oblivious to the reality that he’d probably be a lot more successful if he wasn’t running a strip club where half the girls don’t even take off their clothes and the main attraction is an overweight, ostentatious master of ceremonies who sings songs (not very well) with no musical accompaniment.

Cosmo loves what he does. It doesn’t matter what anyone else thinks. He’s going to find a way to do it no matter what.

With a title like The Killing of a Chinese Bookie, people were expecting an action-packed shoot-em-up. That’s not at all what they got. It’s not an “easy” film, but that’s kind of the point. It’s not supposed to be. Every time a little action hits the screen, Cassavetes finds a way to deflate it and drain all the colour out of the world these people are living in. It’s fascinating to watch.

Anyone who only knows Ben Gazzara from Road House or The Big Lebowski should track down Husbands and Chinese Bookie on DVD to see what he was really capable of when he was given a part he could sink his teeth into. If there is some sort of afterlife, Ben, John, and Peter Falk are probably talking about making another movie together right now. Maybe a sequel to Husbands, catching up with their characters a few decades down the road. If anyone could have made a sequel that actually meant something, it would have been those three.

As for me, I think I’m going to wait until the end of February to make the first video progress report of the New Year. I’ve skipped a few months already. I’ve said I didn’t plan on making a habit of it. That’s still true. But like I said before, if I’m going to put together a progress report, I’d rather it be something that has some meat on its bones. If I made one for January, it would be pretty slim. It would also be pretty late.

Better to make the first video progress report of 2012 count. So I’ll make it in a few weeks when I have more to say. With a little luck and knee grease, I’ll have the second disc of THE ANGLE OF BEST DISTANCE done by then too.