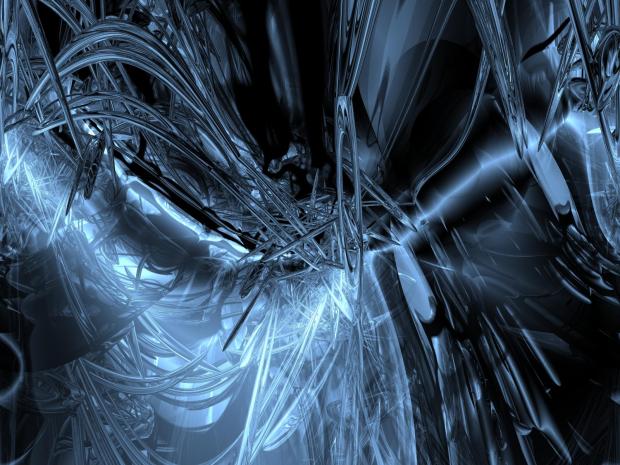 I have mixed feelings about compilations, anthologies, best-of collections, greatest hits albums, and the like.

I’ve been thinking about this a little more than usual. Not long ago, a friend asked me if I’d ever given any thought to making my own best-of collection. A few more people have asked me the same thing over the past few years.

While it’s a valid question given how much music there is, I think what I do kind of resists being anthologized. There’s a reason the albums are as sprawling as they are. As much of a minimalist as I’ve been in the past on the production side of things, I think I’m a creative maximalist at heart, and I think it would be almost impossible to put together any kind of collection that came anywhere near giving the listener a full-bodied picture of what I do.

I took a shot at making a Papa Ghostface anthology some years back. By the time I was on the third disc I realized it was pretty hopeless. The only way to give anyone a solid idea of what we were all about would be to hand them copies of SCREAMING NIPPLES, YOU’RE A NATION, SHOEBOX PARADISE, PAPER CHEST HAIR, KISSING THE BALD SPOT, and call it a day. When it comes to my solo work, the well to draw from grows even deeper and more daunting.

The only approach that would make any sense at all, to my mind, would be to focus on the most recent chunk of albums, from 2008 to date, and grab the songs that feel like they’re the most accessible or “normal”. Otherwise, I would disappear down the well and never be seen again.

Just for fun, I made a rough sequence of what I felt the obvious choices would be, trying to limit it to around four songs per album. I think the result is (or would be) a pretty strong, consistent, cohesive collection of music.

1. A Well-Thought-Out Escape
2. He Was Saved by Poultry from the Shadow of Beef
3. Peculiar Love
4. Blue Cheese Necklace
5. The Sun Is a Red Ball of Lies Tonight
6. Absence Makes the Heart Grow Fondue
7. Defenestrate Your Heart
8. Do the Mountain Hop
9. The Ass, Enchanted with the Sound
10. Sad Excuse for a Muse
11. Is You My Lover Still?
12. Getting into Character
13. Midland Michigan
14. A Fine Line Between Friendship and Baked Goods
15. Generic Love Song to Play at Your Wedding
16. Weird Sex Dream #72
17. Anthropomorphism Dance

1. You Make Me Feel like an Impotent Squadger
2. The Cost of Allowing Yourself to Remain Living
3. Jesus Don’t Know My Name
4. Animal Altruism
5. Can’t Get but Been Got
6. I’m a Witness, Not Your Waitress
7. Everyone You Love Is Dead
8. An American Dream
9. Hold onto Your Friends, for They Will All Turn to Dust
10. Laugh like a God of Death
11. Emaciated Crack Monkey
12. Purgatory Waltz
13. To Be Frail Is to Begin to Be Free
14. Bring Rain in Case of Fire
15. Light Sleeper
16. I’m Optimistic
17. Stutter Steps

The problem is you could easily grab thirty-four different songs from CHICKEN ANGEL WOMAN to GIFT FOR A SPIDER, and I think it would work just as well. You could swap any of those tracks out for things that aren’t there, like “Knee-Jerk Howl”, “Crustacean Cancer Survivor”, “Fat Mouth”, “Zombies on Parade”, “Different Degrees of Wrong”, “Ass Dildos”, “Will Work for Food”, “Condensed Journey of a Tree”, and the list goes on. All kinds of key album tracks still aren’t going to be there, no matter what. And no matter how a compilation is sequenced or what songs are selected, gigantic pieces of what I do are going to get lost. That’s just the nature of the beast.

The only way I could see this sort of thing serving any purpose at all would be if I sent music to a bunch of campus radio stations, or if I ate my words and started sending music to record labels again. They would probably be much more agreeable to checking out a slim anthology covering a relatively short period of development instead of fumbling their way through eight very long full-length albums covering the same period of time.

But I’m not about to eat those particular words. And when it comes to people who are new to my music, I’m much more comfortable just giving them those most recent eight albums to dig into. I think boiling things down to “highlights” would make it a lot less interesting. It’s not supposed to be so neat and tidy. To attempt to make it so would defeat the whole purpose of what I’m doing here. I could shave THE ANGLE OF BEST DISTANCE down to a two-CD set that would be pretty tight and eclectic without getting too unwieldy. But why? It wouldn’t be the album it needs to be anymore, or the album I want to make. And then there would really be no reason for it to exist at all.

“Highlights” are always subjective anyway. I’ve had a lot of surprises over the years when it comes to the songs people really connect with on my albums. Some of the things I’ve been proudest of have never been mentioned by anyone. Some of the things I’ve tossed off in five minutes with little thought given to what I was doing have been among the more popular(ish) songs I’ve written.

The really interesting compilation, to me, would be one someone else curates. You could pick ten different people and get ten completely different collections.

I tried to do something like this back when I had a band. My idea was for the three of us to make our own individual best-of collections. I was fascinated by what differences might emerge out of three different takes on the same source material.

I only managed to get Gord to make his own personal cut. As expected, it was wildly different from mine in terms of both the songs selected and the way they were sequenced. I’ve always found it interesting how your ideas and someone else’s ideas can have nothing in common when it comes to what’s supposedly your (or their) best work.

This is more or less my roundabout way of saying I don’t see any sense in making any kind of compilation album of previously released material, and I don’t expect that to change in the near future. The only compilations that really make sense to me are the ones that give you a lot of new/unavailable material or offer some unique insight into an artist’s creative process — things like the John Lennon Anthology box, Orphans by Tom Waits, Springsteen’s Tracks, David Sylvian’s Everything and Nothing, and Johnny Cash’s Unearthed. Or there’s something like Message in a Box, the Police box set that gives you every single song from every studio album they ever made, along with a huge pile of B-sides and live tracks, all in one place.

When it comes to compilations, I guess i have an all-or-nothing attitude. I think a compilation needs to be a huge, sprawling, almost intimidating thing you can get lost in. Otherwise, why bother?

Having said all that, if there’s anyone out there who’s interested in trying their hand at putting together a mock track list for a Johnny West compilation just for fun, by all means have at it. I’d be fascinated to see what you might come up with.