Joey Acott came over to take some pictures while music was being made. Here are a few of those pictures. Here is the story they tell.

We begin with me sleepwalking and Steven valiantly trying to get something going.

After snapping out of it, I think about putting on a pair of headphones. That’s what you’re supposed to do when you’re recording, isn’t it?

“I must record the sound of your heart! For science!”

All that moving microphones around and making sounds gets us feeling the urge to perform for an invisible audience, so we break for an impromptu porch concert. There are sixteen encores.

Dave comes by. “The colour of your shirt has changed from what it was before I arrived,” he says. “You have given me much to ponder.”

“Yes,” I say. “The fabric that cloaks my nipples and torso hair has become blue with the dimming of the day. But fret not. You sing now.” 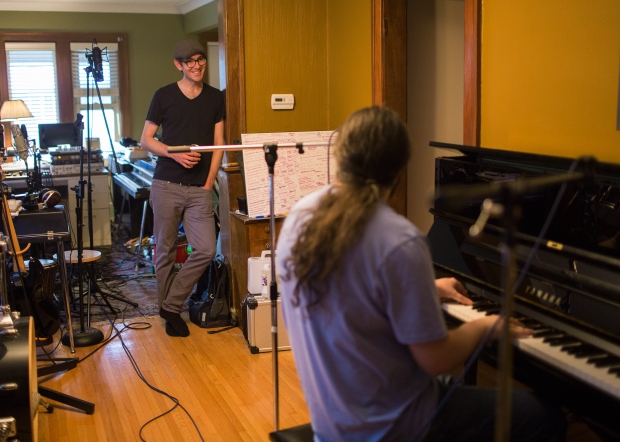 We pause so I can play “I’m so Excited” on the piano. Dave approves.

Jim arrives to lend his voice to some group vocals and says, “This is how you wear a pair of headphones, my friends.”

“You wear those headphones like a true lord of sound,” says Steve. Dave can only avert his eyes, such is the power of the moment. 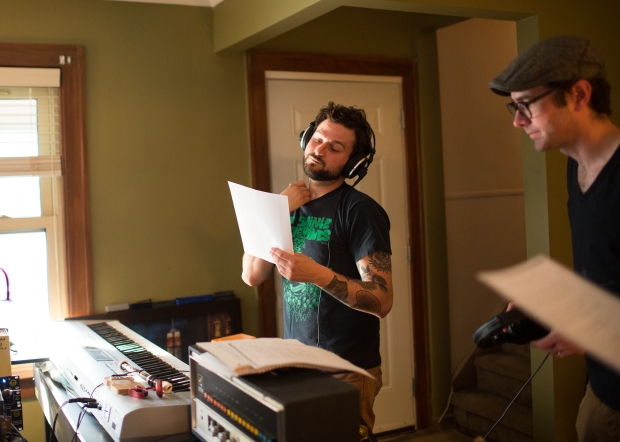 “I don’t know…there’s nothing in this song about the secret lives of tap-dancing sardines. I have to say I feel a little let down. But I’ll do it. For science.”

“Places, everyone! You heard the man. FOR SCIENCE!” 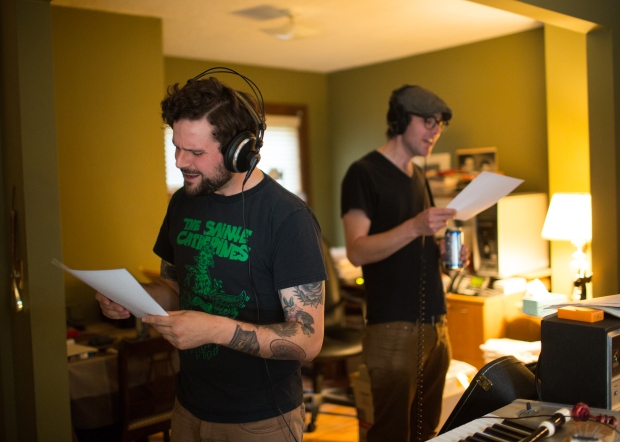 “This song…this song…
Some crazy person wrote this song.
Tra-la-la.
They say he is reclusive,
but how is that conducive
to what we’re doing now?
Oh, grilled cheese for malcontents,
how you gooify the night.”

“I can’t believe I just got some friends to sing a made-up word like ‘gooify’. This is the greatest moment of my life. Just a little more bugle in the mix, and we’ll be golden.” 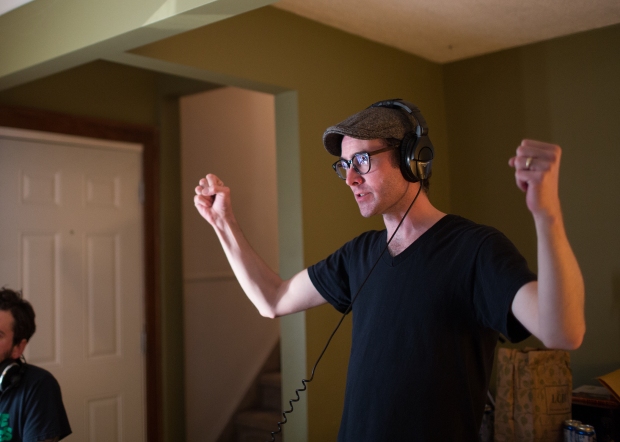 Dave raises his fists in victory, and our hearts soar as one.