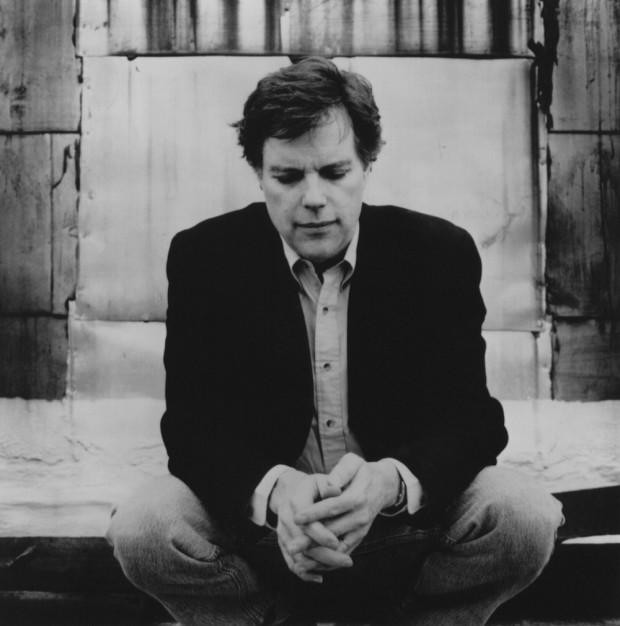 Leo Kottke once described his singing voice as sounding “like geese farts on a muggy day”.

I think he deserves immortality for that alone, but he’s much more than a self-deprecating part-time vocalist. He’s a great storyteller and a brilliant guitarist. Throughout a fifty-year career he’s traversed a long and sinuous musical road. It’s almost impossible to believe the mind-bending syncopation and speed heard on 6- and 12-String Guitar and the spacious, meditative pieces on A Shout Toward Noon are the work of the same person. And yet they are. And those are just two of the many varied and eclectic albums in his discography.

He’s worked with high-profile artists as disparate as Lyle Lovett, Rickie Lee Jones, and Phish, without ever seeming to catch the spotlight himself. Something tells me he prefers the artistic freedom a low profile affords him. Though he hasn’t made an album in well over a decade, he continues to play live into his seventies. The man probably won’t put down the guitar until he doesn’t have the strength to hold it anymore.

In a recent interview with the Times Colonist, he said: “I’ve been trained to think — we all have — that when you get old, everything gets old. But it’s exactly the opposite. If you have something, one little handle of some kind — writing, playing — I think everything does continue, and it is a work in progress. If that isn’t happening, what’s the alternative?”

My introduction to Leo’s music came in late 1997 care of the Sessions at West 54th TV program — something of a short-lived sister to Austin City Limits. I was channel-surfing with Johnny Smith late on a Saturday night. We came across Leo and stuck around to hear him do his thing.

For twenty-one years one specific song from that show has haunted the back of my brain. Last night I was able to give the song a name. It’s called “Across the Street”. I thought I’d search for it on YouTube, not expecting much. And there it was.

The finer details were lost to me over time. I remembered the story being about a father and his son. Not quite. But the sense of loss and the sombre quality of the music…that wasn’t a twisted or faulty memory.

To begin with, it’s a haunting story. But the way Leo tells it, it doesn’t feel like an introduction to a song. It feels like the music takes over mid-thought, filling the space between what isn’t said and what can only be imagined.

It may be the simplest piece of music he’s ever written. I think it’s also the most powerful. This must be the definitive performance, stripped of the strange reverb tails that threaten to overwhelm the sound of the guitar on the studio version from the 1997 album Standing in My Shoes.

At the Cambridge Folk Festival in 1995, Leo told a longer version of the tale behind “Across the Street”. I’ve made just a few light edits for grammar and readability. I think it makes for a compelling short story in its own right.

I have a friend in Ljubljana who I’ve been unable to find recently named Seka Tavčar. I met her when I first did a tour in the old Yugoslavia with Paco de Lucia, who started in Ljubljana and went to places like Spit and Una and a couple of others I don’t remember. I came back every year for about four years and did this same little tour.

On our fist stop, we were introduced to Seka Tavčar and a mountain climber, a heart surgeon, a physicist, and some other people the government at the time trotted out to meet everybody. Nobody wanted to be there. We tried to be polite to one another and admit it was something that had to be done. We were forced to have dinner together after the show.

By that time we were enjoying ourselves naturally and I asked Seka, since I didn’t know yet, what she did. She was the token artist in the group. She was a lithographer.

I said, “Oh, lithographer from Ljubljana,” and she did not smile.

I gave up on limericks and asked, “Could I see your lithographs?”

I couldn’t figure that out. I asked her why, and she said, “I break the stone.”

Usually, as I understand it, you make a lithograph. You run off three to five hundred copies of this lithograph. Then you smooth the stone and make another one. Otherwise it’s like Sisyphus or somebody, to break the stone. It sounded nuts. So now it was a lunatic lithographer from Ljubljana.

I asked her why she did that.

She said, “It’s none of your business.”

I saw her again the next year and she said, “I can’t stay for the show. My father found his way home. He’s sick. I’d better go back and take care of him.”

The year after that she came to the show and I asked, “How is your father?” picking up the conversation where we left it off.

She said, “Would you like to see some of the things he did?”

The next day she took me to downtown Ljubljana and showed me, among other things — he was an engineer and an architect — a bridge he had built. And while she was showing me this, she said he had been arrested when she was three years old and imprisoned. And I asked why. Which is a question you wouldn’t have to ask, I guess, if you’d lived there. She ignored me and showed me the bridge, which was a beautiful bridge, starting on one side of the river with three roads, which in the course of the bridge merged into one road on the other side of the river. So I had an idea why he’d been arrested.

It was a beautiful bridge. And as I looked at this thing, she told me what had happened. She said he was imprisoned for twenty-six years.

“We were never told,” she said, “where he was imprisoned, why he was imprisoned, or for how long he would be in prison. What we were told, once a year at some indeterminate time, was that he was still alive. That’s all we ever knew.”

When he got sick, they let him out after twenty-six years.

“That’s,” she said, “when I found out he’d been imprisoned across the street. And for twenty-six years, he’d been able to look up through a gun slit window in his cell and see my sister and I grow up playing on the balcony of our apartment.”

And then she said, “That is why I break the stone.”