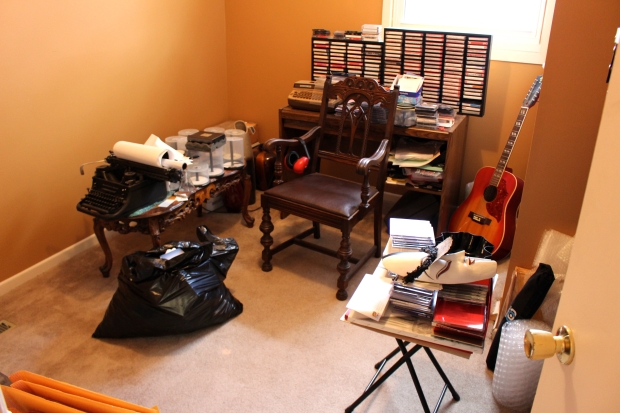 Since moving into this house a little less than twelve years ago, a former bedroom has served as my stock room. It’s where I keep CD booklets and inserts, mailing supplies, spare copies of albums, and other such things.

Over the years it’s gone through a number of transformations, alternating between “more or less uncluttered” and “total chaos”. It’s probably been nine years since I last sat down and organized things in any sensible way. I’ve just been throwing more and more stuff in there, hoping it wouldn’t get too unruly.

My hope was in vain. For a while now it’s been almost impossible to take more than two steps into that room without tripping over something. It was time for a change.

Are you thinking what I’m thinking?

The picture at the top of this post is from somewhere around the halfway point of the room being gutted and reorganized — something I did with a whole lot of help from the indispensable Johnny Smith. I’m a little sad I wasn’t crafty enough to grab a shot of what it looked like in there before we got started. Words can’t do justice to what a horrifying mess it was.

I’ve never been any good at throwing things out. I’m a bit of an emotional packrat. I attach nostalgic value to items that should be chucked in the trash without a second thought or invent some impossible scenario in which they might prove useful at some later date. It’s not so bad that you’ll ever see me show up on a reality show about hoarding, but we filled at least four large garbage bags with stuff that served no purpose and liberated no less than half a dozen boxes full of similarly useless stuff.

There were some fun surprises along the way. I dug up a stash of random blank CDs I didn’t know I had. I found extra inserts for some albums I thought I was running low on. And there’s this thing — a homemade album display case I made for my own amusement. 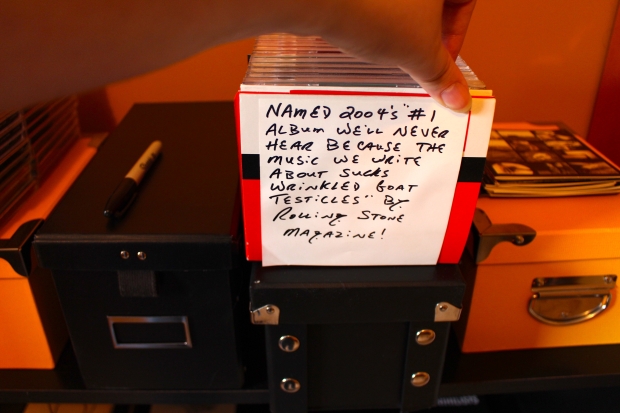 One decision transformed the whole room. I’ve always used this beautiful antique coffee table to keep all my copied and printed CDs together. It found its way into the stock room because we didn’t know where else to put it. Now it felt almost criminal to keep something so unique covered up like this…and there just happened to be a huge shelf taking up space in the basement, doing nothing, feeling unloved.

Out went the table, in came the shelf, a bamboo vase I’ve always loved but never known what to do with found a home at last, I cleared everything off of the desk and the shelf that holds album artwork so I could dust and tidy things up, and what we’re left with now is a series of images that tell a tale of redemption and grape soda. 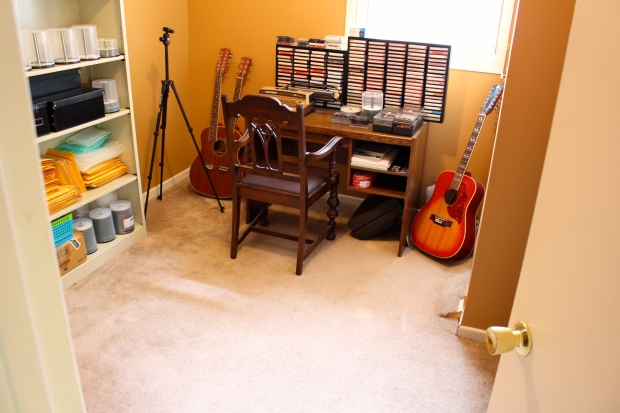 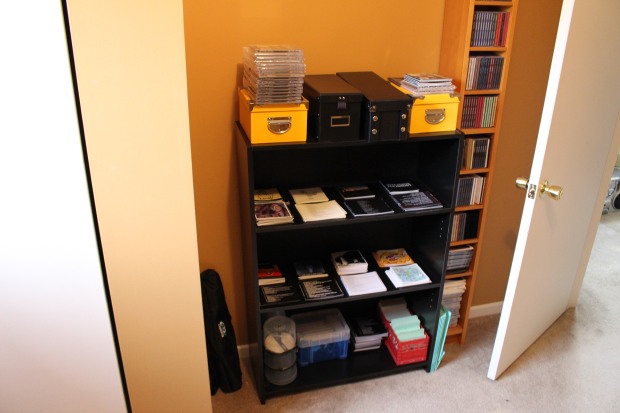 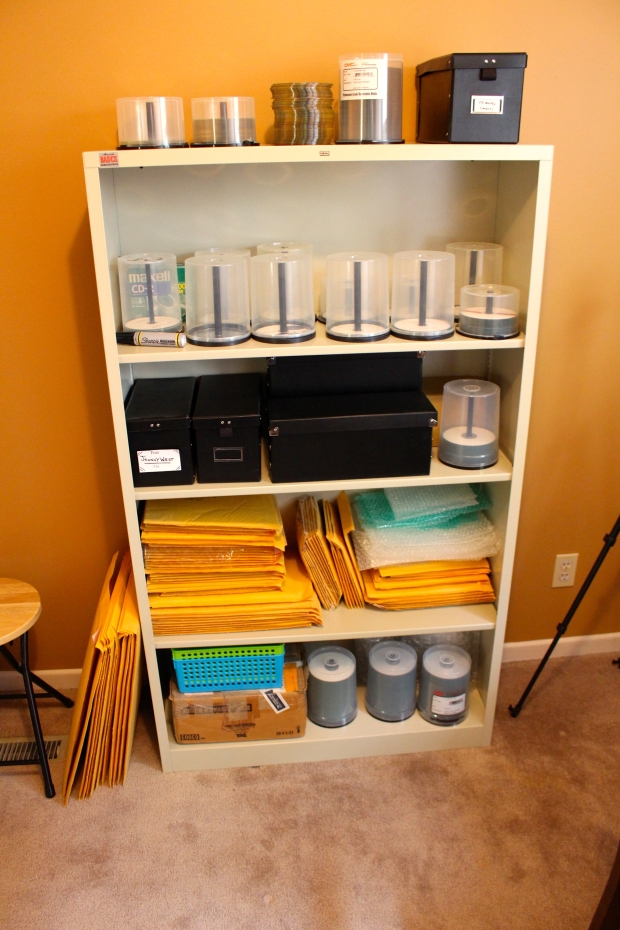 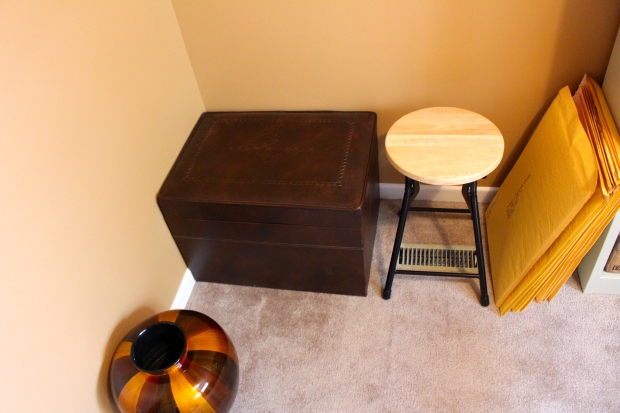 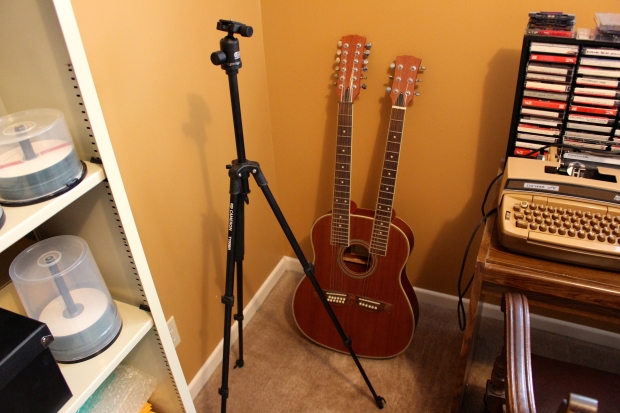 It’s a much more functional room now in every way. You can walk around in there! You can even see the cheap double-neck acoustic guitar I bought when I was working on AN ABSENCE OF SWAY and have never used. I’m still waiting for a call from Robert Plant, as you might have guessed.