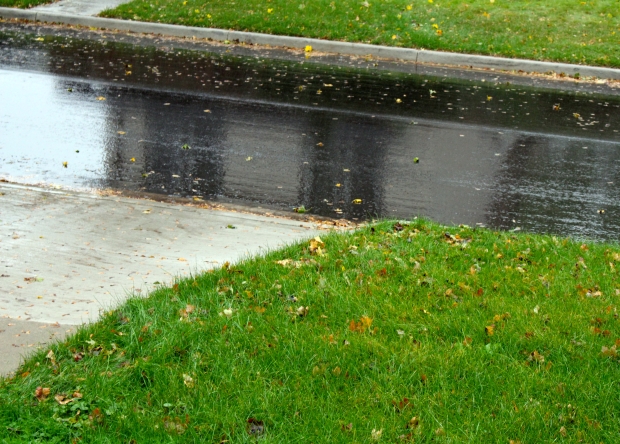 When you make music and you work in a room that has never been the beneficiary of any kind of acoustic treatment, you sometimes find yourself subject to the whims of the world around you. Aside from the odd nightmarish situation like the D’amore Construction debacle that ate up huge chunks of 2016 and 2017, I haven’t had a lot of my recording time interrupted by outside noise in this particular house. But lately the amount of people cutting their grass on an almost daily basis has been getting a little out of control. It’s left me wondering if some of these folks have lives outside of obsessing over the incremental growth of their lawns.

I was expecting Detroit’s Movement Festival to make me almost long for the sound of renegade lawnmowers. Every year an interminable low frequency 4/4 electronic kick drum thrum carries across the river and makes it impossible for me to sleep for three days straight. I like some electronic music an awful lot, and I don’t begrudge anyone their right to listen to whatever music they want at whatever volume they prefer, but I don’t think I should have to hear it in my house. Now that I’m locked into a sleep schedule that’s both consistent and healthy for the first time in eons, I’m wary of anything that might threaten to knock things off-balance again. I don’t ever want to go back to being a vampire if I can help it.

I don’t know what on earth happened this year, but for once the residual noise from the festival was almost nonexistent. The first day I heard the usual thing.

It wasn’t constant, so I was at least able to get some broken sleep until it stopped a little past midnight. The next two days there was nothing. I can’t find any information online that points to a sound system failing or a power outage, so I can only guess that the organizers of the event got tired of people from Windsor complaining and decided to turn it down a little or angle the speakers so they weren’t pointed right at us. Or maybe it was a cosmic fluke. Either way, I’ll take it.

It still needs to be said: when you’re playing music loud enough for me to hear it five miles and a river away from you, something isn’t right. I can understand wanting to “feel the bass”, I guess, but how about keeping your ears in reasonable working condition? If it’s that loud over here, I don’t even want to know how loud it is in Detroit. And something tells me not a lot of people are wearing earplugs to protect themselves.

I started out talking about recording, didn’t I? Right. Here’s a pro tip for you: if you’re going to play something resembling an album release show, it’s a good idea to have the album finished before you book the date. Time is flying, August 17 isn’t so far away anymore, and there’s still a lot of work I need to do on YEAR OF THE SLEEPWALK.

I was in a position a bit like this once before with an album called GIFT FOR A SPIDER. I had to finish that one while rehearsing for a Mackenzie Hall show that ended up supporting it almost by default. It was easy enough. This album is a little more complicated, and more than twice as long. Not so easy.

The good news is I’m closer to being done than I thought I was. A few days ago I sat down and hashed the whole thing out. I’ve recorded one hundred and twenty-four songs for this album (yikes). I’ve had a pretty good idea which ones were making the cut for a while now, but the thought of trying to put them in an order that made some amount of sense was pretty intimidating. After forcing myself to take an honest stab at it, I’ve got a rough sequence that comes out to fifty-two songs spread across two CDs. I know it’s going to shift at least a little, and a few of those songs might get lopped off because of time constraints, but having a clearer picture of the album’s structure makes a huge difference. Now I feel much more focused, with a better idea of what I need to work on.

Of those fifty-two “keeper” songs, thirty-five exist as either rough mixes or mixes I feel good enough about to leave alone, sixteen need some work, and one still needs to be recorded.

There are probably at least twenty other songs I’d like to record. Given the amount of time I have to work with, it just isn’t realistic. If I let myself fall down that rabbit hole we’d be looking at a maxed-out triple-CD. The four-hour album slot has already been reserved for THE ANGLE OF BEST DISTANCE. I want this one to be at least a little more approachable than that behemoth.

The show is a little less than eighty days away. If I’m diligent, that’s more than enough time to get everything squared away. I’ve at least found a printing place that seems to be competent and reliable, so that’s one less thing to worry about.

A quick note about that:

The Minuteman Press ridiculousness was only the beginning of my printing-related fun. After A&A fared no better, I gave both Lacasse and Standard Printing a try.

Lacasse never gave me a quote, and three different people had to search the manager’s office for the booklet and insert I dropped off as a sample, with said manager nowhere to be found. They all came up empty-handed. By the time they dug up my materials I didn’t even want to know how much they would charge.

I had a much better feeling about Standard Printing. It’s a long-standing family-run business. I like supporting those places when I can. Again, it wasn’t to be. It took forever to get a proof, and when I asked if I could have the afternoon to look it over — something I’ve been doing with every printing job I’ve paid for over the last sixteen years — the woman I was dealing with got snippy and condescending with me, acting like my request was way out of line. Turned out someone working there wasn’t very good at following instructions. They went ahead and printed the whole run of booklets and inserts before I gave my go-ahead. She didn’t want me to see something I didn’t like and put her in a situation where she had to eat it.

I could have lived with their prices, which were pretty outrageous, but I’m not going to shut up and fork over my money to make up for someone else’s oversight. And if you’re going to talk to me like I’m a piece of shit when I’ve asked to be extended the same basic courtesy as any other customer, you don’t deserve my business.

A friend recommended Herald Press. On my fifth try it looks like I’ve found a place I can deal with. I got them to reprint the booklets and inserts for STEW as a test. Those turned out well, and the price was fantastic. Then I had them make a few prints of some art Greg Maxwell made for the SLEEPWALK booklet. Same story there. The plan now is to get all of the remaining album-related artwork printed in one shot so I’ve got prints of everything to display at the show. It’s pretty great to see these things at their intended size. I’ve got half a mind to put some of my favourites up on a wall in the stock room. I mean, how many people can say they’ve got a room full of (mostly) local art that was made just for them?

That’s the scoop over here. I’ll try to post a bit more often so I can hold myself accountable as the sand really starts pouring out of the hourglass.