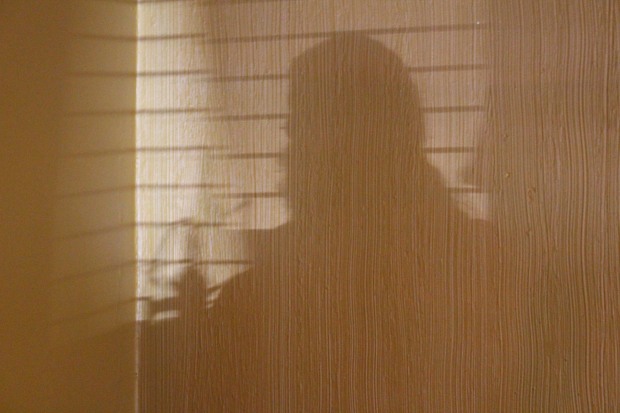 Announcing your plans is a good way to hear God laugh. So said Al Swearengen in the first season of Deadwood. As much truth as there is in that sentiment — and as often as I’ve set goals for myself only to fall short of achieving them — it’s still fun to start a new year on an optimistic note.

These are the things I hope to finish in the year of perfect vision.

Year of the Sleepwalk

This one’s a no-brainer. I have one mix left to work on. Once that’s out of the way and the mastering is taken care of, I can go ahead and get booklets and inserts printed. Everything should be done by the end of this month.

The Angle of Best Distance

A.k.a. “the albatross I’ve been wearing as a necklace since I was in my early twenties”. I can see the appeal of an album that goes on growing without ever being finished — a musical map that traces something approaching a lifetime of artistic development — but I think fourteen years is long enough. It would serve as a nice counterpoint to YEAR OF THE SLEEPWALK. While that album is the most ambitious thing I’ve done in terms of overall vision and scope, this one covers a longer period of time and doesn’t feature any guests.

It would also be a nice way of bringing this specific chapter of my creative life to a close with a swift two-punch combination. I feel like I’ve said all I have to say for now in the realm of more conventional song forms. Both of these albums are home to some songs that do some pretty radical things with structure and dynamics, and I can count the number of songs with conventional choruses on one hand, but I think it’s time to get back to the way I was writing during the BRAND NEW SHINY LIE period. Not to recycle or repeat what’s already been done, but to challenge myself to sustain that method of song construction over the space of an entire album again.

I’ve said this before and it hasn’t happened. I’ve let the music take me where it wants to go and written whatever kind of songs want to come out. This time it’s different. I feel in my gut that it’s time for a change, and I’ve already starting writing some things that are leaning in this direction. I want to hear what happens when the non-repetitive way of writing gets funnelled through everything I’ve learned about production in the intervening years.

We’ll see if that actually happens.

Outtakes, Misfits, and Other Things (Volume 2)

I’ve amassed such a large collection of misfit songs at this point, it’s getting a little crazy. I learned a lot from the first misfits compilation. That one was pretty haphazard and just kind of thrown together for the sake of giving a bunch of cast-offs a place to call home. A lot of things probably shouldn’t have made the cut. I mean, even outtakes albums should have standards. And discussing the songs in chronological order in the booklet while sequencing them in a completely unrelated way on the actual album is one of those things that seemed like a good idea at the time but makes no sense to me at all in hindsight.

The second misfits compilation will pick up where the last one left off, covering things that have fallen by the wayside from the time of CHICKEN ANGEL WOMAN to the present. I think this one will be a much more interesting and illuminating assemblage of music, and it should work better as a continuous listening experience.

This would act as a more wizened sibling to KISSING THE BALD SPOT — the outtakes collection I pieced together following the end of the first phase of Papa Ghostface only to discover it worked pretty well as an album in its own right. There are a number of worthwhile things that didn’t make it onto STEW or WHAT WE LOST IN THE FLOOD for one reason or another, along with a few things we never got around to recording that I’d still like to take a crack at. I don’t expect the results to upend FLOOD as the definitive ending to the PG story, but it would be nice to take care of some unfinished business.

The first order of business is polishing off SLEEPWALK. Once that’s done, I’m going to dip my toes back into THE ANGLE OF BEST DISTANCE and see how the water feels. If it starts to get overwhelming, I’ll kick it to the side (again) and get to work on something else. If, on the other hand, I get in a good rhythm and figure out how to sequence the mess of music I need to untangle, I just might manage to tame that savage beast once and for all.