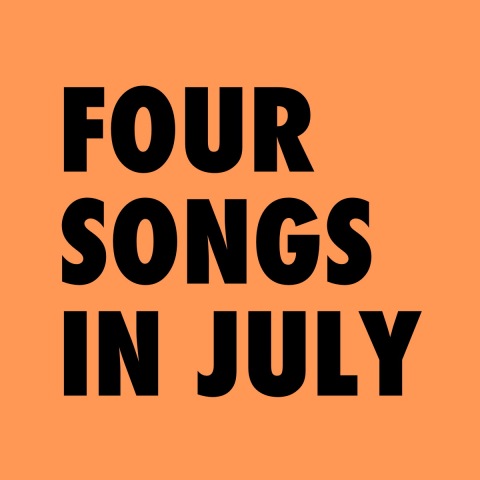 I had a bit more equipment by now and knew a bit more about what I was doing with it. Christian hit on an idea he thought might solve the problems we had the last time we tried doing the full-band thing on OVERDUBS ARE EVIL: he and Ryan would record the guitar and drums at the same time. Then we would overdub the rest.

There was just one snag. There was no way I could use a microphone on Christian’s acoustic guitar. The bleed from the drums would make achieving any kind of reasonable balance at the mixing stage impossible. So he used an electric/acoustic guitar with a decent pickup that didn’t sound too quacky, I ran it into the trusty Digitech guitar effects processor on a very tame distortion-free setting to warm up the sound a bit (these were the pre-POD days), and we went to town.

It worked. But it was so loud, I couldn’t even monitor on headphones. I had to set levels and then put in earplugs once I hit the record button. It was Ryan. He was a really nice guy, and a good drummer, but he beat the living shit out of those drums, more than any drummer I’ve ever known (and I’ve known — and recorded — metal and hardcore drummers).

To give you an idea of just how loud it was, I had to turn the gain for the mic that was on the snare drum down until it was barely passing sound just to stop the signal from clipping. When I isolated Christian’s guitar in the mix, I could hear the drums coming through his pickup almost as loud as the guitar itself.

When an acoustic guitar’s low-gain pickup grabs the sound of a drum set so clearly it sounds like it’s got a multiple mic setup going on, when there’s not even any distortion being used, well…that’s some pretty insane drum volume going on.

I had my own drum set now, and Ryan played my kit instead of his. I used a four-mic setup that was far from ideal, but it worked better than it had any right to. I had one SM57 on the snare and another on the kick — not even on a mic stand, but on the floor, with the body of the mic resting against the kick in such a way that it was sort of standing up and supported by the drum shell. Then I had an SM58 and the old generic RadioShack mic pulling stereo overhead duty.

There’s really no way the drums should sound half as good as they do with those microphones, no mic preamps, and an Aphex opto-compressor. But along with the Fetal Pulp CD SEED OF HATE, this is probably one of the best “proper” drum sounds I recorded when I was working on someone else’s music. It’s absurd.

One thing that’s kind of funny — my drums were brand new. I mean “three days old” brand new. If I’d been the only person who ever played them, my snare would probably still look pretty pristine today, twenty years later. But because of how hard Ryan hit my drums, in the space of a single day the top head of the snare went from being spotless to looking like it had been abused by a metal drummer every day for a year. It still sounded the same. It just didn’t look so pretty anymore.

Today, if you feel like it, you can look through that snare drum’s top head and stare at the floor while you’re playing. Ryan didn’t make that happen all on his own, but he laid the groundwork.

Anyway, on the first day of recording we got the live guitar and drum tracks down, and Christian recorded his lead vocals. The next day the rest of the band came in to record their parts — Anna singing and playing violin, Brian playing bass — and Christian added a few extra guitar bits on one song. Everything went pretty smoothly. It was strange for me to hear “Sweet Dreams” with drums after getting used to it as a stripped-down acoustic piece.

When we’d just about wrapped up, it started to rain. Christian went out on the porch with a microphone to capture the sound. That’s Ryan saying, “Hello,” and then you can hear Christian telling me to stop recording because he’s getting electrocuted.

The hidden track is again something silly I did myself, but it’s much more fleshed out this time. The song “Save Me” didn’t make it beyond the guitar and drums stage. I was messing around with it for fun and ended up adding my own bass and some goofy, mostly wordless vocals. I threw it on the CD just for a laugh. The look on Christian’s face when I played it for him for the first time was hilarious. I think he was equal parts amused and terrified.

All this time later, I’m still a little surprised how good this one sounds. I was experimenting with DIY mastering and seeing how loud I could get things (not for the first or last time). This is somehow one of those times where it all worked out and I was able to get everything as loud as pretty much any commercial release would be now, but without things getting too squashed, and without any ugly clipping sneaking its way in there. It wasn’t something I’d manage again too many times after this.