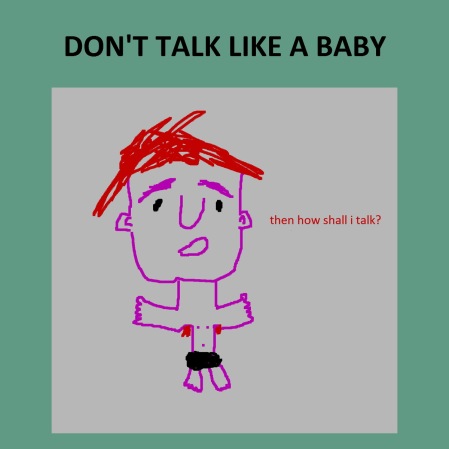 With the exception of The Hippo Song, which kills off that fake aunt one more time and features a cameo from Gord on acoustic guitar (the first and last guest spot on a solo album of mine for the next ten years), none of these songs are really about sex, making for a very different sophomore solo CD.

Things start off with a bang on Weekend from Hell. I sing about the fun weekend I’d just returned from with the ex-family. They weren’t yet a family of the past at the time, and during the summer and autumn months they liked to leave the comfort of home behind so we could all spend time at a trailer park. In Lambton Shores. I didn’t mind staying in a small place where I had no bedroom or privacy and had to duck when taking my shirt off at night to avoid smacking my head on the ceiling and getting a concussion. The problem was the people I was staying there with.

I turned my love into song and ended up sounding sort of homicidal. I think it’s the only song I’ve ever recorded that moves up a key at the end like a lot of pop songs and big mushy ballads do. Here it was done as a joke, and whatever pop appeal the song might have had is kind of destroyed by the time I’m screaming, “Don’t piss in the motherfuckin’ valley!”

It’s kind of funny to me that Please and Thank You was recorded the same night. It sounds serene by comparison. There are a few passages where I try to figure out how to play “Here Comes the Bride”, with mixed results. I also seem to be channeling something like an unrefined teenage version of David Byrne at a few points, which is kind of fun.

Runnin’ Blues is, surprisingly enough, one of my early attempts at something bluesy. It’s probably the most normal-sounding thing on the CD, with nothing too odd going on vocally or musically.

Tough Stuff (the precursor to “More Tough Stuff” from HORSEMOUTH & OTHER BEDTIME STORIES) is all about how I wasn’t such a big fan of French class anymore, but everyone around me seemed to think it was important to have a second language in my pocket and encouraged me to keep it up. There’s a scream halfway through that may cause hearing damage during headphone listening. I really did have ink on my jeans when I wrote those lyrics in the middle of French class, too.

Eventually, Maybe is an odd little song. I recorded the guitar near the end of the OESOPHAGUS sessions but had no idea what to sing to musical accompaniment that was so unusually pretty, so I stopped after about a minute and left it instrumental. Six days after recording “Kermit Got Laid” I went back to the song and decided to overdub five tracks of wordless harmonizing just for fun. The harmonies are already light years ahead of anything I was able to do in that department on OESOPHAGUS.

The Hippo Song was recorded during a Papa Ghostface session for HORSEMOUTH (AND OTHER BEDTIME STORIES). I was pretty sure it was going to be an out-take. Then I added some ridiculous vocal harmonies, trying to sound like a chorus of drunkards before I knew a thing about what it was like to be drunk, and suddenly the song came alive.

Michael (Matthew) and Samantha is a spoken word piece that takes some of my experiences with the ex-family and warps them into a strangely tender short story. I’m still surprised I was able to spin such an involved tale in my state. I was dead tired, and that was why I didn’t even try to play anything sane or melodic on the piano. The parenthetical “(Matthew)” is there because I was so wiped out I forgot who I was talking about at one point and changed the name from Michael to Matthew. At least I had enough of my wits about me to correct myself before things got too muddled.

The result is probably one of my favourite spoken word things I’ve ever done, even now. There’s even a happy ending, if you can call it that. I guess a warped childhood is good for something after all.

Breath Munchers has some more Lou Reed-inspired singing and one of the few recorded appearances of my Neil Young impression, though it isn’t my most Neil-like performance. There’s a nice psychotic bit about killing my then-co-workers, while Neil sings about saving the planet and chewing on air. It’s enough to bring a tear to the eye.

Shoot Him in the Head is unusually catchy for an improvised song about the contempt I had for the dog I was forced to live with at the time. You can hear him bark in the middle of the song, inspiring where the lyrics ended up going. I’ve always liked that build-up at the end, and you can really hear the John Cale influence here (not that it was something I wanted to try and hide).

Taking It to the Fur is another tune that’s pretty catchy, and I’m not sure how I ever improvised all those complicated twists and bridge sections while singing at the same time. I guess I had some fire in my imaginary facial hair. That song also has some of my most effective guitar-playing on the album to recommend it, as simple and brief as it is. Sometimes a simulated wah pedal is all you need.

As album-ending tracks go, Johndra and the Octopus isn’t half as climactic as “Kermit Got Laid” was. But there’s a nice bit of symmetry when I reprise a bit of the album’s opening song in new clothing.

All things considered, while this might not quite have the sustained insanity of OESOPHAGUS, the production (such as it was at the time) is a noticeable step forward, with a lot more going on both sonically and musically.

Weekend from Hell
Please and Thank You
Runnin’ Blues
Shoot Him in the Head
Tough Stuff
Ebeneezer Scrooge
Eventually, Maybe
Little Clownface Eyes
Taking It to the Fur
The Hippo Song
Where’s Your Sense of Adventure?
Michael (Matthew) and Samantha
Breath Munchers
Johndra and the Octopus

Shoot Him in the Head